Back to main discography page » 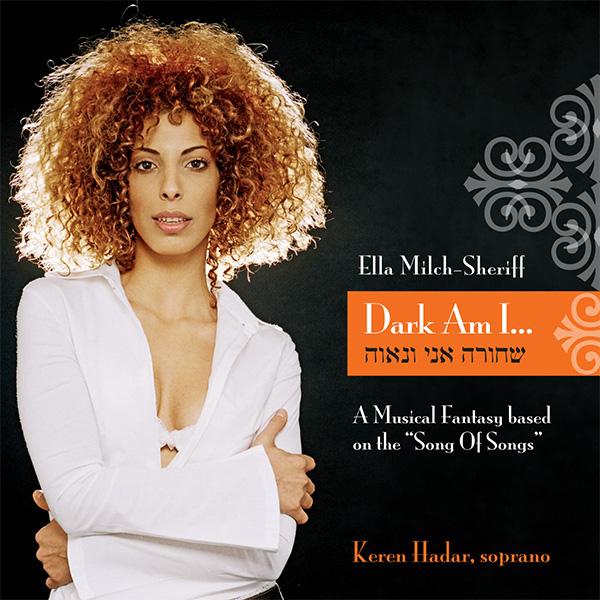 Keren's second disc came out in September 2007, and it is dedicated to a composition written especially for her by composer Ella Milch-Sheriff titled "Dark Am I...".

A musical fantasy based on an adaptation of biblical texts from the "Song of Songs", done by Keren and the composer, for soprano, singers trio (countertenor, tenor and bass), flute (piccolo and alto) oboe (English horn) French horn, violin, viola, cello, contrabass, percussion and piano. The music integrating Western and Middle Eastern elements and is sung in eight languages – English, French, Portuguese, Italian, German, Aramaic, Arabic and Hebrew.

The premier was in the Israel Festival 2007  and won praises from audience as well as critics.

A very special thank you to Rena & Richard Stein & Ben-Zion Shira who made this project possible.

Some music from the CD